Saved Searches Advanced Search
Both our Main and St. Paul Branches are now open to the public.
Print 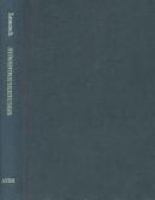 Sunshine Sketches of A Little Town

A wonderful piece of Canadian literature! A must read!

Amusing and charming even after 100 years. The little town of Mariposa is so welcoming, the characters so recognizable, its streets so warm and its lifestyle so accommodating. It makes me long for bygone times; can you miss something you never had?

A must read, canadian book.

Stephen Leacock is hilarious! I never knew that he was a comedic writer, but this book is delightful and enjoyable!

Very soon after graduation I had forgotten the languages [I studied], and found myself intellectually bankrupt. In other words I was what is called a distinguished graduate, and, as such, I took to school teaching as the only trade I could find that needed neither experience nor intellect. I spent my time from 1891 to 1899 on the staff of Upper Canada College, an experience which has left me with a profound sympathy for the many gifted and brilliant men who are compelled to spend their lives in the most dreary, the most thankless, and the worst paid profession in the world. I have noted that of my pupils, those who seemed laziest and the least enamoured of books are now rising to eminence at the bar, in business, and in public life; the really promising boys who took all the prizes are now able with difficulty to earn the wages of a clerk in a summer hotel or a deck hand on a canal boat.

How the fire started no one ever knew. There was a queer story that went about to the effect that Mr. Smith and Mr. Gingham’s assistant had been seen very late that night carrying an automobile can of kerosene up the street. But that was amply disproved by the proceedings of the court, and by the evidence of Mr. Smith himself. He took his dying oath,—not his ordinary one as used in the License cases, but his dying one,—that he had not carried a can of kerosene up the street, and that anyway it was the rottenest kind of kerosene he had ever seen and no more use than so much molasses. So that point was settled.

Mallory Tompkins was a young man with long legs and check trousers who worked on the Mariposa Times-Herald. That was what gave him his literary taste. He used to read Ibsen and that other Dutch author – Bumstone Bumstone, isn’t it? – and you can judge that he was a mighty intellectual fellow. He was so intellectual that he was, as he himself admitted, a complete eggnostic. He and Pupkin used to have the most tremendous arguments about creation and evolution, and how if you study at a school of applied science you learn that there’s no hell beyond the present life.

There are no age suitabilities for this title yet.

There are no summaries for this title yet.

There are no notices for this title yet.

Find it at BPL